Middlebrow and I have finally joined the 21st Century by getting a DSL. Since Ed, the friendly Qwest worker, came over, I have been on-line dutifully adding friends to my MSN messenger contacts so, in the case of emergency, I can IM them for information on how, for example, to tell if a substance is blood or just dried juice (my sister Lisa) or how long one might make a recipe low-fat (my sister Kristi) or what mystery I should add to my must read list (my mom) or if I have an inquiry about pedagogy (my sister Erin) or Derrida (my friend Brian whose screen name is the frightening NukeDescending). I also added SleepyE just in case he has a Big Red Phone or Hoochie Mama update. I need to be the first to know.
On the negative side, I now have no excuse for not keeping extremely up to date with my hybrid course, which may, finally, in week four, be ready for lift off. And I thought Son was good with the excuses! Geez, those students are very creative when it comes to why, exactly, they can't do their weekend assignments until noon on Monday.
No excuses! It's the take no prisoners approach to visual rhetoric. Stay tuned!
Posted by Dr. Write at 1/30/2006 3 comments: 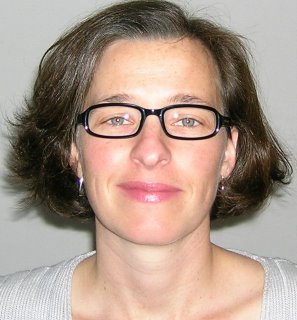 Friday was a banner day here at Dr. Write headquarters. I finally got to see Walk the Line. And in my new glasses. I made MiddleBrow take a picture. I'm thinking of adding this to my profile, so that I can appear to be a good academic/intellectual/member of the intelligensia OR someone who is just visiting for Sundance. See? You can tell by the glasses.
Walk the Line gave me chills. Joaquin was great as Johnny Cash, but Reese can actually sing. She made me want to grow my hair long and wear pink blush. I loved everything about the movie. My favorite line was "That Elvis kid sure likes to talk poon." I laughed so hard, I nearly cried.
After the movie, I asked MB, what, essentially, is the difference between Walk the Line and Brokeback Mountain? Both love stories wherein the lovers must overcome obstacles. Oh yeah, Walk the Line has a happy ending. Must see Brokeback Mountain. Screw Larry Miller. We're not going to the Megaplex anymore. Not that we did, very often, anyway.
I'm looking forward to the Oscars. I think everyone should win. I think I'm in love with Joaquin AND Reese. And Phillip Seymour Hoffman. And Katherine Keener. And Jake.

Ron chastised me for not posting, and now that I'm here, blogging, I wonder if there is anything worth blogging about. I feel like my life has been crazed since we can back from Phoenix. There was New Year's, then my stomach hurt so I gave up wheat, soy, oats, anything with gluten. So I feel better, and I've been eating a lot of salad, and some meat. Occasionally I miss bread, but not too much. Yet.
I told my 1010 students that I was going to try to watch a whole season of "American Idol" because I never had before, and I feel like I'm missing out on an important aspect of American culture. So I watched the first show, but it turns out I missed an episode last night, so I'm not doing too well on that score.
But I am writing. Middlebrow and I are trying to write two pages a day and so far (since last Thursday) I'm doing pretty well. I've started a few new essays with my creative writing class and I've written a few pages on "the novel."
I was looking through The English Patient last night because I assigned my students to bring in five epigraphs from different sources. I love this novel and I was looking for epigraphs from sections that I remember loving when I read it. Looking through it I realized that even though it has a coherent narrative, it's not told in a coherent, continuous stream (something I'm having trouble with). And he has many short lyric sections (which I have no problem writing, it's getting them to cohere with the other short sections that stalls me). So I took some inspiration from his structure. Also reading Calvino with my creative writing class. His stories aren't really about anything. I think he just chooses a structure and lets that contain his writing. So two good lessons for me. Also, last year I heard that Nabakov wrote Lolita on little index cards while sitting in his car with the windows rolled up, so he was in a little writing cave. So hey, I can fill an index card! Three good lessons for me in novel writing.